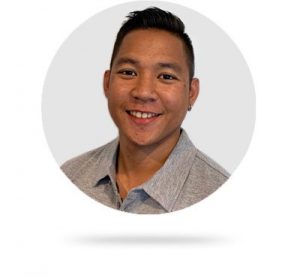 Eddie is a Healthy homes assessor and Smoke alarm technician in greater Auckland. He has a huge passion for motorbikes and loves riding and fixing them. At a very young age, he was inspired by his dad building a motorbike engine. Watching his father throughout the years, he sharpened his craft to upskill himself in his passion for motorbikes.

Eddie is a strong believer in the power of positive thinking in the workplace. ”We feel better when we surround ourselves with positive people. It motivates us to reach for the stars, work hard, and stay focused on fulfilling our dreams. Positivity begets more positivity.” he believes.

He has gained previous trade credentials through Chorus as a telecommunication technician. One of his accomplishments, achieved during his time in the telecom industry, was to work alongside different countries rolling out fibre throughout New Zealand.

Little does anyone know, but outside work Eddie also has a passion for his sport Muay Thai, where he works alongside King in the Ring fighters as a sparring person (due to his rare southpaw stance). He represents John Bing gym in west Auckland.

Eddie enjoys a good Netflix binge but can also be found either in the ring training or on long motorbike rides down in Coromandel – enjoying the ’twisties’.

Before joining All Clear Miles was in…

CHECK US OUT
CATEGORIES
RECENT POSTS
ARCHIVES
Sign up, stay up to date, receive special pricing & more.
Subscribe
© All Clear Group Limited 2022 - All Rights Reserved. All prices are $NZD exclusive of GST (unless stated otherwise)
Back To Top